Work began on a new themed telephone box for the hacked payphone project a few months ago. As we have moved house in the last six months, there were plenty of old wardrobe parts to help with the build. I wanted it to be a phone booth with a difference and though about going with a 70s theme, with the aim of eventually have booths for other decades too. 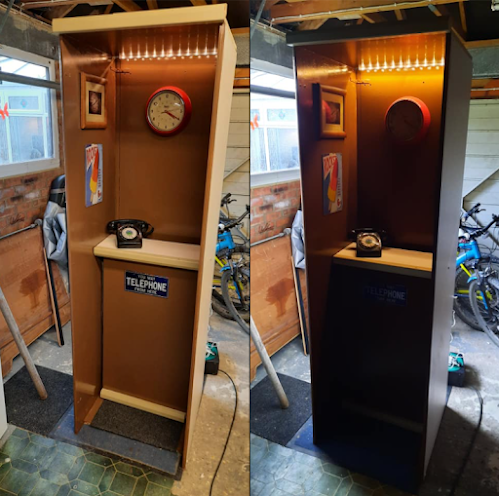 As a means to future-proof the project, the phone system now sends a booth id ahead of any calls it makes to the operator. This will ensure that when a Dial-A-Disc music stream has been requested, the operator can choose music appropriate the the booth type based on the booth id it's been given.
The BT payphone has now been installed and although the blue cover doesn't fit with the overall 70s brown theme, I think the whole setup actually looks pretty good. When it's dark and the booth is all lit up, it looks really impressive. Imagine seeing this stood in the corner of the room when you're at an event, you would definitely be intrigued. 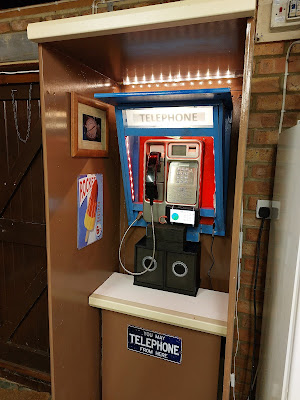 The next step is to design an information board to sit inside the booth, telling people about the Recode the Phone project. I'm also in the process of installing external speakers so that users of the booth can either hear things through the handset or switch to the speakers to allow others to enjoy it too.