It has been quite an eventful couple of weeks, which all started when the BBC came out to visit the workshop to play with the repurposed BT payphone I've been working on this year. The interview was a great deal of fun to do and they also managed to get many soundbites and video footage of both myself and the project. 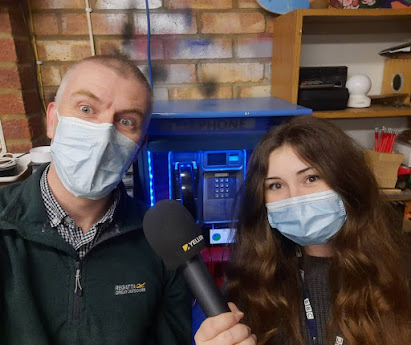 The interview can be listened to below. The edit is a pretty good one considering I have a habit of rabbiting on when I'm nervous.

The really great news about this radio interview is that it got picked up and played on other local BBC radio stations across the country, not just Wiltshire and apparently achieved the "Best of Local radio" title.
Footage that was filmed during the workshop visit then made it onto the BBC News website, which just blew me away when I saw the project published here. I now understand that CBS America want to use this content and as a result the BBC have passed it on. 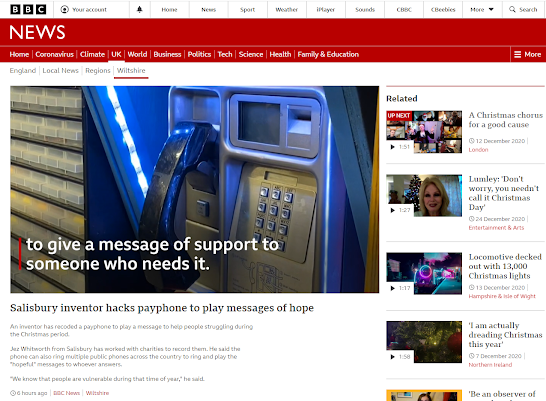 To top it off further, the video they made has been circulated on Twitter and the local BBC TV and Radio Facebook pages, increasing its reach even further. Although there were no follow-on links to the project, or contact details listed, some people have still taken the time to seek me out and make contact. Some from charities, others from individuals who just wanted to say how much they like the project - I'm really touched. I especially want to say thank you to the gentleman from Turkey who has been looking for a means to use the payphones in his local area. As I'm not familiar with phone networks abroad, I couldn't really help but was happy to pass on some relevant information to hopefully get him started. It's great to know that this little project, that started in a garage in a sleepy village in Wiltshire is encouraging and inspiring others far and wide - It's incredible when you think about it.
The following week saw me on the TV evening news and a couple more radio slots. The TV interview was conducted remotely this time in an absolutely freezing cold workshop. This was a whole new experience for me and I quickly learnt that you have to really condense down what you're wanting to say else, as in this case, their edit cuts a lot of the information out. 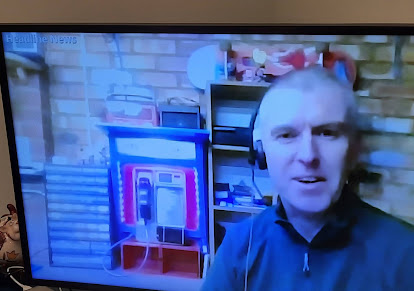 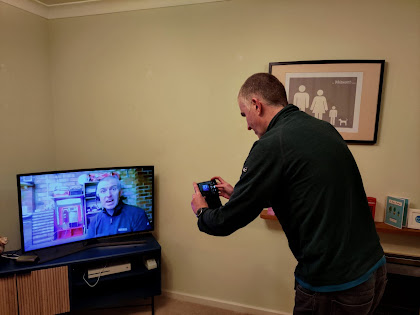 As I mentioned earlier, there have been a number of people who have approached me for various reasons. The people wanting to talk to me, whether it's for TV, radio or something else, I've noticed there is a huge difference in interviewer enthusiasm. Some are really keen and just love to talk to new and creative people - I can honestly say this was an absolute pleasure. The BBC were one but take a look at Greatest Hits Radio who took the time to not only chat with me and ask me some really interesting questions but also followed it up with a nice article here. 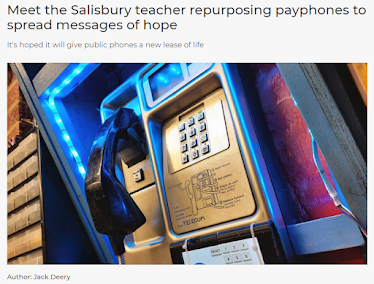 Other interviewers seemed bored and just wanted to get home - this I found a real struggle. In addition, it appears the project's publicity has drawn out a few undesirables too, some writing to me to chance it by asking (rather abruptly) for a copy of my code, others emailing to tell me that they could do a better job. I've experienced this before at a couple of events I did years ago, so I'm used to it but I've always found it odd and still do.
When asked why I do the things I do, I always give the same honest response. The main aim of my projects these days is to create more connections between myself and others, and recently, good or bad, it has done just that.