I wrote last year about my experiment with ads and selling teaching resources online (read it here). Whilst the money it generates won't make me rich quick any time soon, it has generated just enough for myself and my son to get away for a couple of days in Cardiff.

As we were exploring the city, we stumbled upon this curious retro gaming café called The Arcade Vaults. From the moment the door opened to the familiar Mario coin sound, I was hooked. This is such a great little place to find. 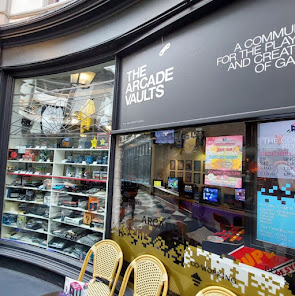 This was such a friendly and welcoming place, with people of all ages wanting to eat, drink and play on the old games. Some I have never played before and it great to explore the three floors, we could have spent the whole afternoon in their quite easily. 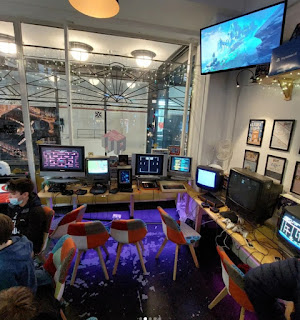 We even got to play on a Vectrex, something that I've always wanted to do. I really liked this machine and I can see why people adore them the way they do. 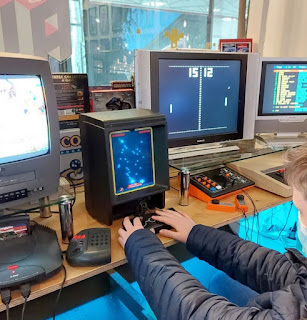 They even had a score board for their customers. Looking at it I don't think I come come even close to these ones, although I am tempted to give the Tetris one a shot. Best get into training. 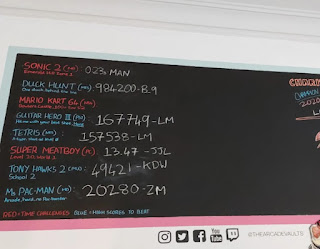 The thing I found most interested was that the café was hosting a game jam in conjunction with Sega Amusements. I attended the launch and my son and I are currently making our game to enter into the competition next month. The jam is all based around building a redemption-style arcade game, the sort that dispenses tickets that can be redeemed for prizes later on. At the time of writing on 14 teams have entered, so we're in with a chance of winning. I've made a little video of the progress made so far. 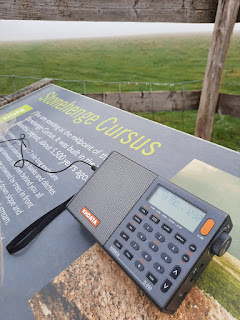