There has been quite a lot of progress made on the game. I have invested time in developing the UI as well as bringing in the other buildings into the menu and applying the logic that allows certain buildings to only be placed if particular criteria has been met (see the notebook from previous updates). I have also been experimenting with the style of the game and would like to try and replicate an IKEA style when it comes to drawing out the pieces. It was actually playing a game called Sparvagn that sealed the deal when it came to the IKEA look. This simple train game looks so beautiful. 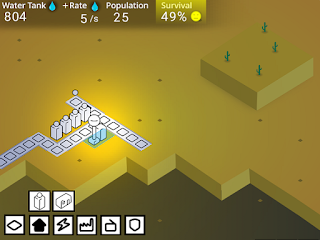 After playing Dorfromanik I wanted to explore the concept of making it turn-based, with the game presenting you with a single item at a time to place on the map. The problem is that the tile delivery has to be logic driven in order to allow the game to continue being played. There is no point in presenting the player with a tile that cannot be played, so to the notebook I went and tried to flesh out the logic for the tile delivery. 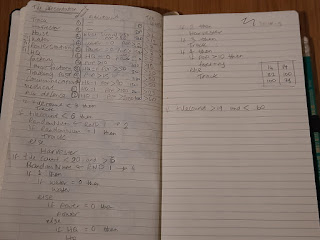 To cut a long story short, this did not work at all. In fact, it properly broke the game's code and although I religiously keep backups of everything, I'm now wanting to take the lessons I've learnt, along with the style and UI design concepts and start again. I read a number of devlogs and this would appear to be a more common occurrence than I initially thought, so I'm not alone. What I've achieved so far is by no means time wasted, it gives me a solid foundation in order to build the game again.