February 28, 2020
Last night Salisbury's Arts Centre played host to a very special event, the city's first ever TEDx talks. The theme of the evening was all about crossing boundaries with a set comprising of four guest speakers and two musicians. I was very flattered to have been selected as one of those speakers.

I thought long and hard about the topic of my talk and in the end went with something very personal to me, dealing with self doubt when artists and creatives showcase their work. I called it Connecting the Dots Differently and is all about the benefits of stepping outside your comfort zone. The video of my talk should be available to watch on the TED platform soon. 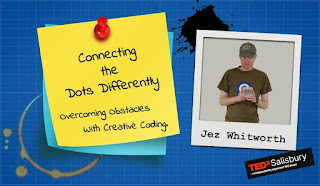 I remember the tickets selling out rather quickly but the popularity of the event wasn't realised until I stepped out onto the red spot to be greeted by the audience. To be the first speaker at the very first event was a huge privilege, if not a little scary but once I settled into the talk and spoke about the many paths my creative coding projects have led me down, it all felt strangely natural. I think part of that is down to teaching and running classes both in schools and out. 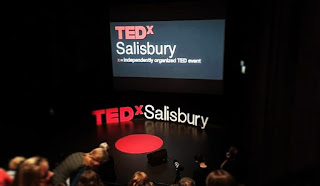 Afterwards, the audience were encouraged to chat with all the speakers and I really enjoyed meeting everyone last night. There are so many kind and creative people who came out to see us, there was a lovely positive vibe about the whole event. To the people who told me they were going to give coding a try for the first time - go for it! To the others who said they never post about their passion projects through fear of rejection but are going to give it a shot after attending this event, you are awesome in so many ways. 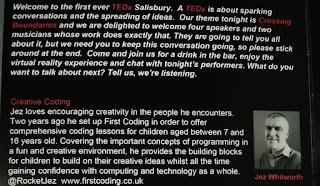 I would like to say a huge thank you to everyone who helped organise the TEDx Salisbury event. They were all volunteers, giving up their own free time to help make something magical and get the people of Salisbury sharing and discussing ideas. 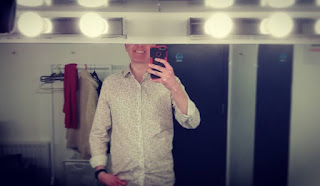 My chatbot projects featured heavily in my talk, highlighting the many uses for a simple project born out of boredom a couple of years ago. There is now a simplified version of Cass online for people to play with, pull apart and add their own features if they wish to. The online version along with the code and Android download can be found here. I would love it if people were to get in touch in a few weeks time to share with me their ideas. 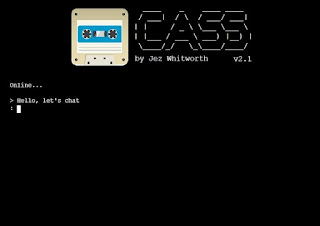