The idea is to use my builds throughout the year to push myself out of the familiar comfort zone, attend events and meet others with similar interests to me. So I'm kicking off the year by aiming big, really big as myself and Rich attempt to break the world record for the largest Gameboy ever built.

Last year I was fortunate enough to play on the current record holder and to be honest I've seen bigger Gameboy builds but similar to the Wright brothers not being the first to achieve flight, this current record holder had all the documentation to back it up, thus achieving the record. Incidentally, I noticed that it's emulated, a topic guaranteed to divide the retro gaming community. 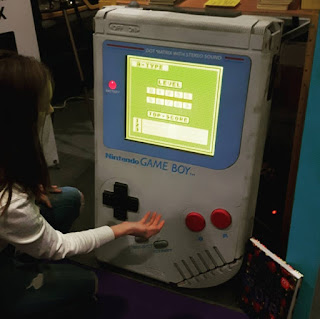 So in order to start planning the build, we first needed to take measurements of the original model and it's surprising how short and stumpy the original Gameboy actually is. From here we were able to scale up the plans and taking into consideration the size of the flat screen TV that's going to be used, the height of the proposed build comes in at around 2 metres tall, crushing any previous record attempts. 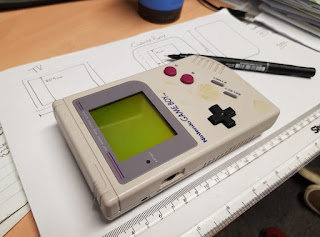 Once again the topic of emulation rears it head and we've decided not to go down this route as we try and keep the build as authentic as possible. For us to achieve this we're going to have to output directly from the device. Luckily I had a handheld that required the screen to be fixed so we were able to look closely at how this was going to be achieved. 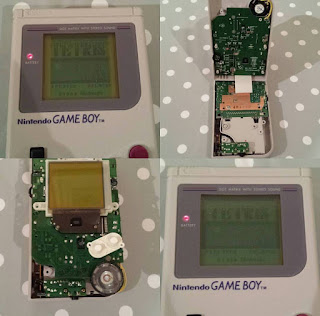 The reality is that it's going to be difficult, really difficult. So much so that various searches on the internet yielded very little. We're of the generation that grew up with the likes of Gamesmaster and Bad Influence where Gameboy games were regularly reviewed on our screens completed with console outputs, so we dropped a line to one of the researchers from Bad Influence.

The response we received was really helpful though directed us to a piece of kit that reporters were given at the time from Nintendo themselves. A quick search online revealed how expensive these elusive boxes are, so we're going to have to go back to the drawing board.

In other news, knowing the dimensions of the final build we've found the perfect bookcase that will house everything and act as the inside support for the project. 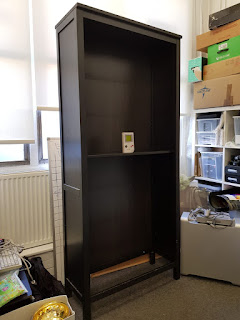 The project has got off to a good start but straight away we're facing challenges. For this reason, this is going to be shelved under "Slow Burning Projects" as we carve out a way that navigates these pitfalls. 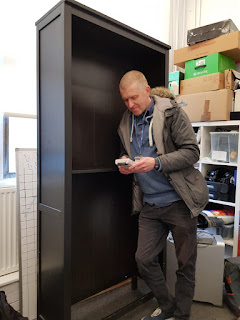